I had been running these charts on the first day of each month this year, but it somehow slipped my mind for August.  A little later than usual, below is a chart of the average daily path for the S&P 500 in August over the last 10 years.

In recent years August has followed an interesting pattern, early month weakness has tended to give way to later month strength, netting a relatively neutral month.  The data might actually be more favorable if not for the fact that August 2010 and 2011 were both pretty nasty months, down 4.75% and 5.68% respectively.  August has been positive seven of the last ten years. 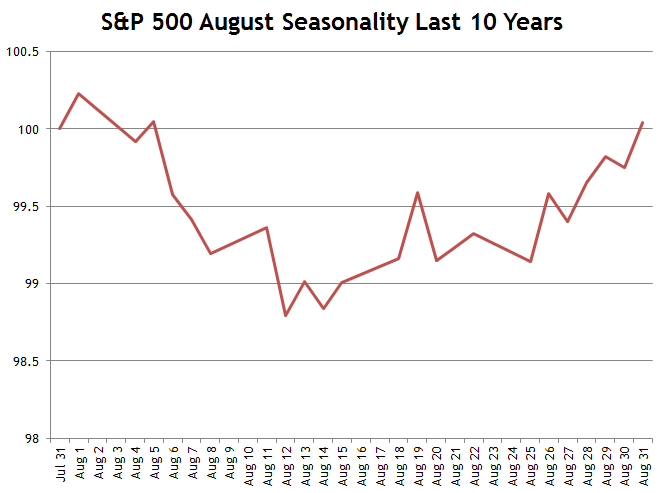