While the headline “real” GDP number showed slightly higher growth in 2Q13 at 1.7% annualized, nominal GDP showed slower growth on a year over year basis, up only 2.9% in 2Q after reaching as high as 5% growth in 2012.  The slower nominal growth could be cause for some concern if you believe that the US is relatively over-levered and can de-lever nominal debts through nominal GDP growth.  If you subscribe to this view of the world, you may see QE as an attempt to stoke inflation to aid this process, so nominal GDP growth is an important factor to consider.

As we continue to await a possible tapering of QE, below is a look at the relationship between nominal GDP and interest rates.  Both measures are effectively a function of the same two factors: growth and inflation, and going back to the 1950’s, the yield on the 10 year Treasury note has generally tracked the same path as the year over year change in nominal GDP. 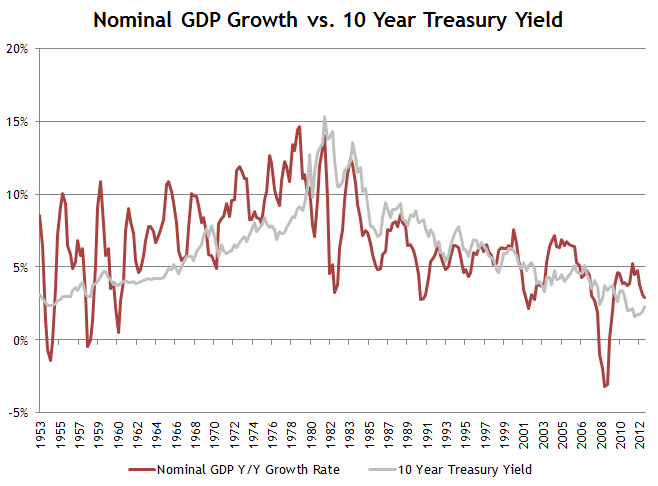