Given that real GDP has moved beyond its pre-recession high, one might expect that capacity utilization would be narrowing and at least above its own pre-recession mark.  However, capacity utilization as reported in February is still only 78.7.  Optimists might look at this as a sign that there is still room to improve; pessimists might point to this as being a sign that the economy isn’t nearly as strong as sentiment would imply. 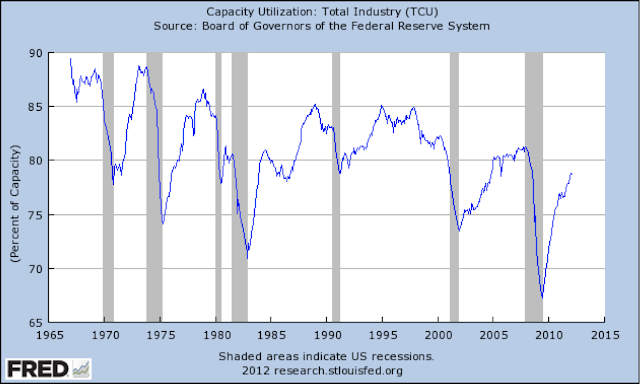