With the S&P making new cycle highs, and talk of “double dips” a distant memory, we look to previous cycles to guide us as to how long this one could last.  Below is a chart of the duration of all economic expansions since 1857.

The current expansion is 33 months old which still puts it below the average of all expansions and well below the post war average.  The average expansion since 1857 lasted 42 months; in the postwar era this number jumps to 59 months.  Notably, the economic expansion that followed the 1974 bear market (which many argue is the best historical corollary to today’s expansion) lasted 58 months, implying that the current expansion could have another 25 months to go.  That would put the next recession sometime in 2014. 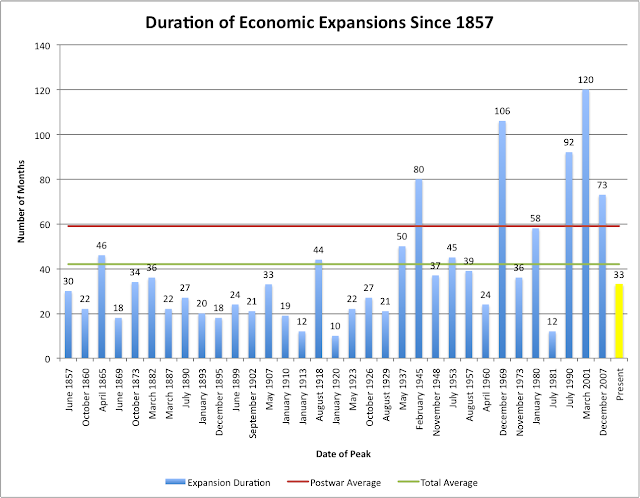