On the last day of the quarter below is a list of the best and worst performing S&P 500 stocks quarter to date.  The S&P is down 12.9% for the quarter with about two hours left in the trading day. 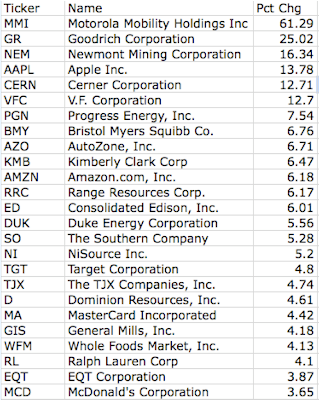 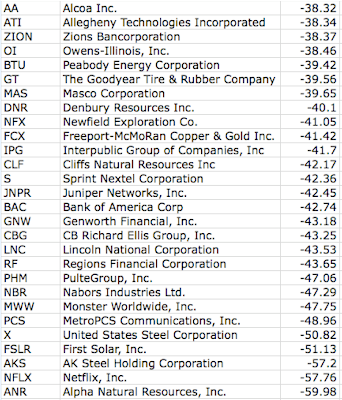 Despite the Dow being up 150 pts as I write, one segment of the market that’s not on board with the rally are consumer momentum stocks, which are down almost across the board–many significantly so:

There was an article in the Journal today about hedge fund competitors of John Paulson preparing to capitalize on Paulson’s poor performance by gaming his possible liquidations.  Below are the top 10 holdings of Paulson’s funds as of the end of June.  Some have suggested that this could be the cause of the recent weakness in gold–unlikely but an interesting hypothesis.

The S&P 500 is down 5.5% YTD including today’s rally.  Perhaps not too surprisingly “defensive” sectors are faring the best in the negative environment.  Utilities are the strongest performers YTD followed by Consumer Staples and Healthcare.  Financials have been the worst performers while Energy, which was the best performing sector by a wide margin earlier in the year has been hit hard by recession fears. 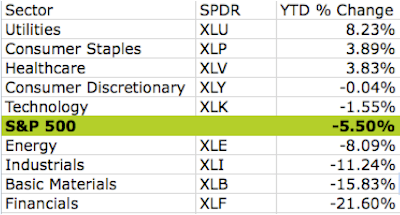 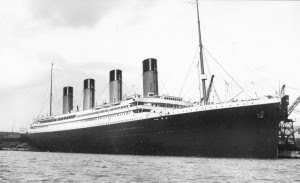 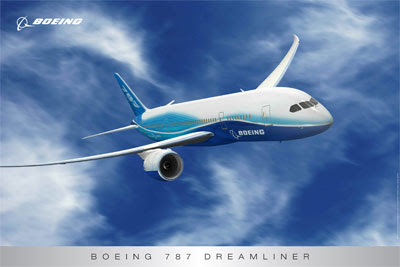 Onward and upward!
The S&P 500 has now bounced off of 1125 four times.  Is this the bounce that finally leads to a breakout?

Last month I pointed out how Gold has a tendency to spike and then move sideways back toward the 200 day moving average.  After moving sideways for a bit gold has taken a big tumble, but in the context of the run it had before that point, there hasn’t been too much damage to the chart from a technical standpoint.  A big test for gold is approaching though as the trend line that has held for almost 3 year is challenged. 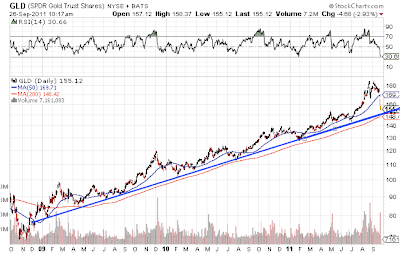 Last week, the Fed released its flow of funds report, which provides the most comprehensive view of asset and debt holdings within the US economy.  One of the more important tables included is the one which details the balance sheet of the aggregate US consumer, presented below.

The data shows net worth fell in 2Q11 from $58.6T to $58.4T.  Considering that US consumers hold about 32% of their net worth in the equity markets, it looks like Q3 will show a further contraction in net worth.  Below is a chart showing the evolution of consumer net worth since 1995.  Consumers are not back to the peak realized in 2007, but according to the data the US consumer is wealthier today than he or she was at the turn of the century.

The Fed presents this data in nominal terms though.  Adjusted for inflation using CPI, household net worth tells a slightly different story.  By this measure, American consumers are no wealthier than than they were in 1999. 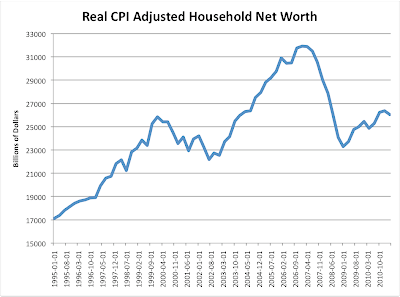 However using a less mainstream measure of inflation (gold), the American consumer is actually much poorer today than he or she was in 1999.  Measured in ounces of gold, the US consumer has the same net worth as he or she did in 1989.

Following yesterday’s rout, the S&P 500 has turned negative on a year over year basis.  It’s been quite a ride since last time this year.