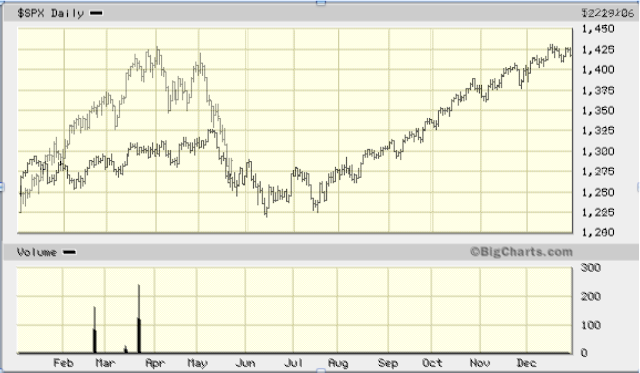 It may be coincidence or it may be a manifestation of an economic cycle, but either way it seems noteworthy that the 2003-2005 pattern continues to match the pattern of this bull market so closely.  We find ourselves basically at the exact same level at the exact same time of year as we did in 2006.