Looking at the history of the $XLY, it would appear that under performance in consumer discretionary could be a leading indicator for recession.  $XLY under performed the $SPX in 1999-2000 and again throughout 2007.  With this in mind, one could look at the current continued strength of $XLY as a sign that recession is still far off.  On the other hand, if the sector starts to lag, it could be a red flag. 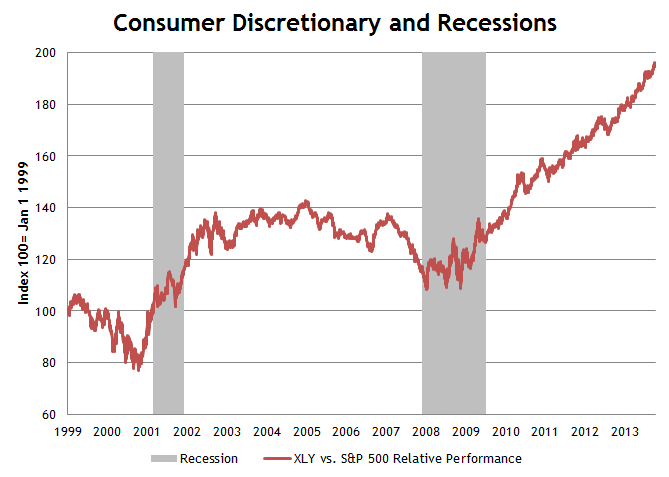 One thought on “When Will Consumer Discretionary Underperform?”