JP Morgan and Wells Fargo each reported first quarter results today, which are truly remarkable when one takes a step back and looks at how profitable these institutions have become.  After the financial crisis there was concern that the banking system would have a difficult time reaching former levels of profitability.  While Returns on Capital may still be below former levels, from a pure profit standpoint, our largest banks have become behemoths.  $JPM and $WFC are both in the top 10 for quarterly net income among US companies.

JPM’s $6.5 Billion dollar quarterly profit ranks behind only Apple, Exxon and Chevron, and perhaps the most amazing part is that they are generating these profits in a difficult interest rate environment.  In a more favorable banking environment JPM’s profit would likely be higher.  For the record, since $BAC and $C each have larger balance sheets than WFC it’s not inconceivable that those two companies could also be on this list once the noise from the financial crisis finally works its way through their financial statements.

With the quarter nearly over, earnings season begins again in April.  As usual, banks will be some of the first major companies to report, and in the current environment, loan growth will likely be a major focus for analysts.  The nice thing about following the banking industry is that there’s plenty of near real time data reported by the Fed.  If you don’t want to wait two weeks, you can alway get an early read on loan growth from the Fed H.8 report.

The report shows that after growing by 4.8% in 2012, loan growth slowed to 3.6% y/y as of mid March.  Therefore, not only has growth decelerated, but it remains at historically depressed levels.  To the extent that the strength of the economy still matters to securities markets, the banking system isn’t exactly painting a picture of robust growth. 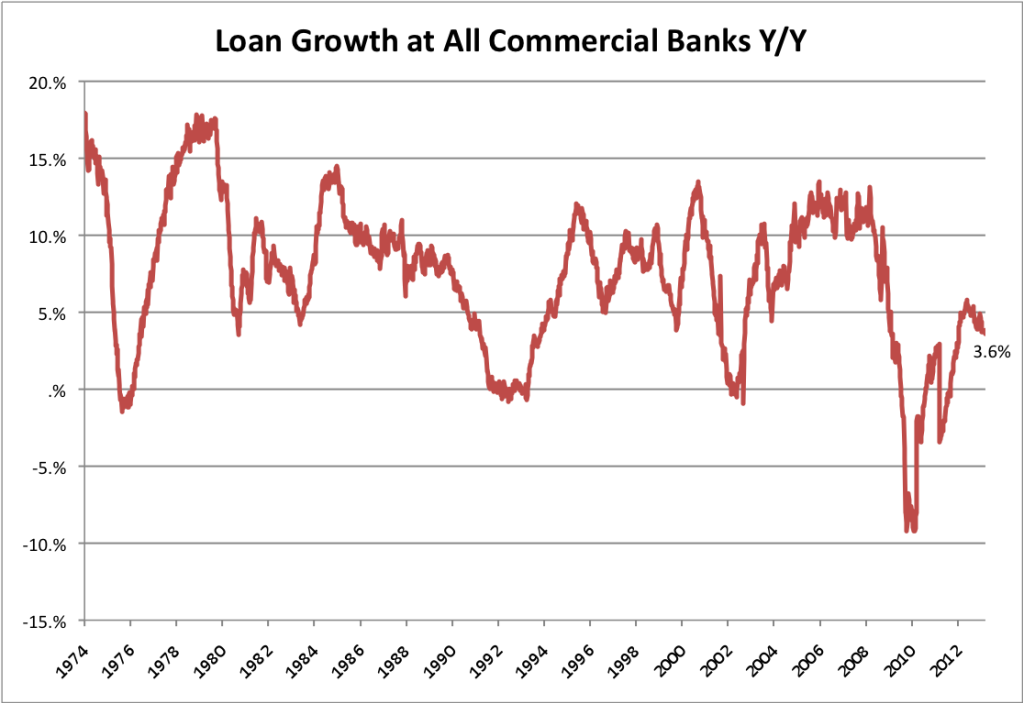 After spending several years in the penalty box, bank stocks have shown a lot of strength during the recent rally.  As a result some of the big discounts that could be found in the sector have been mostly erased.  Below is a chart comparing the price to book ratio of the members of the $KBE, which is an index of the largest US banks.

It wasn’t too long ago that the majority of these banks traded below book value.  Today only 12 of 37 can be purchased for less than book.  The largest banks continue to trade at some of the biggest discounts.  $BAC is the cheapest bank relative to book, while $C and even $JPM are below the group average. 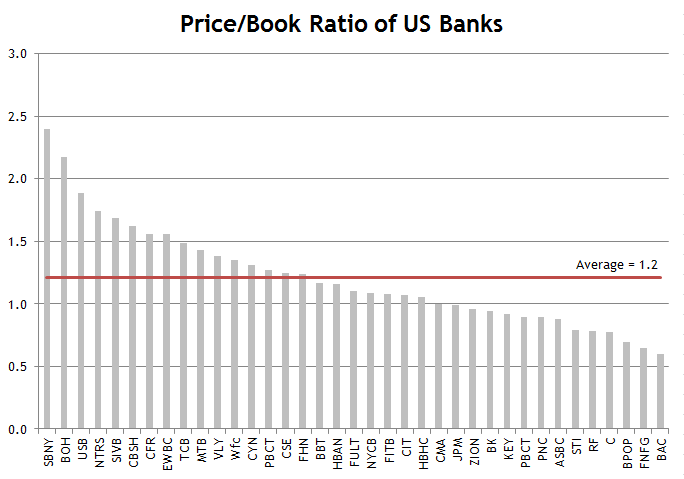 The FDIC released its Quarterly Bank report today and it showed that US Banks had their 2nd most profitable year ever last year.  It was the most profitable since before the financial crisis.  In 2009, 2010 and even 2011 there were many who argued that the banking system would never reach its former level of profitability.  While returns on capital are still low because leverage has come down, return on assets is near old levels and last year’s nominal profit number should provide some indication that banks are recovering nicely. 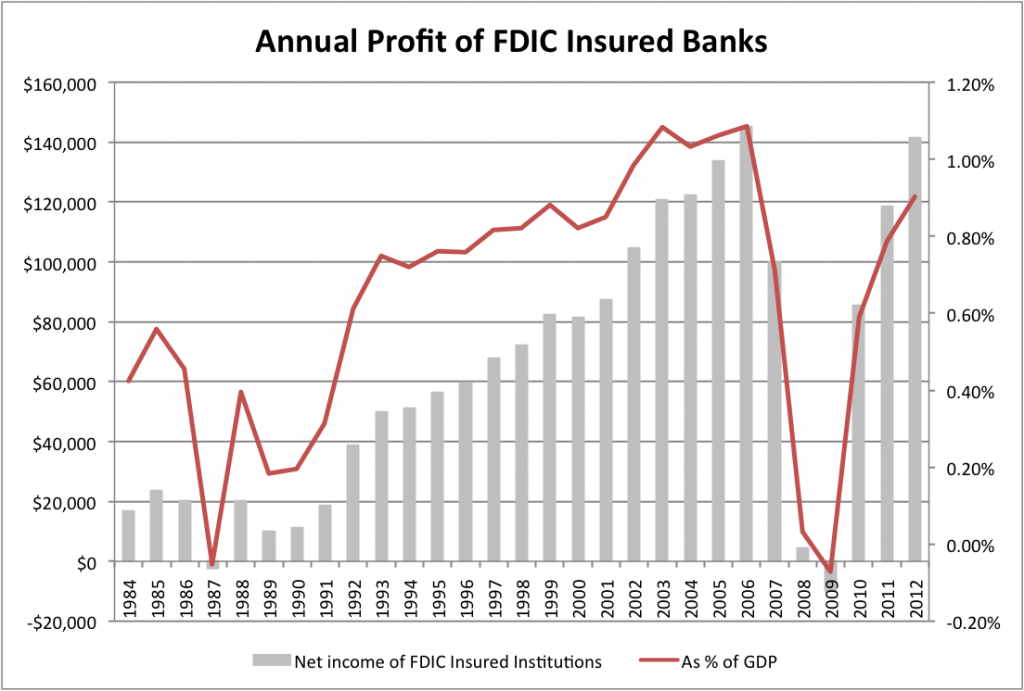