It’s been 25 months now since the last time that the S&P 500 pulled back by 10% or more.  That makes this the sixth longest stretch since 1950 without a 10% decline.  Even though this is the 6th longest rally, it’s actually the smallest in terms of percent increase on the list below. 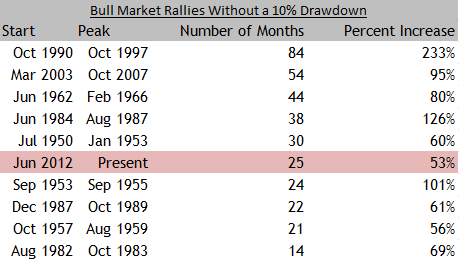