According to Census Bureau data, construction spending is currently running at 5.6% of GDP compared to an average level of 7.1% since 1993.  That implies that if construction spending were to rebound to more normalized levels it could boost GDP by an extra 1.5%.  That’s probably not enough to carry economic growth all by itself, but it’s not bad either. 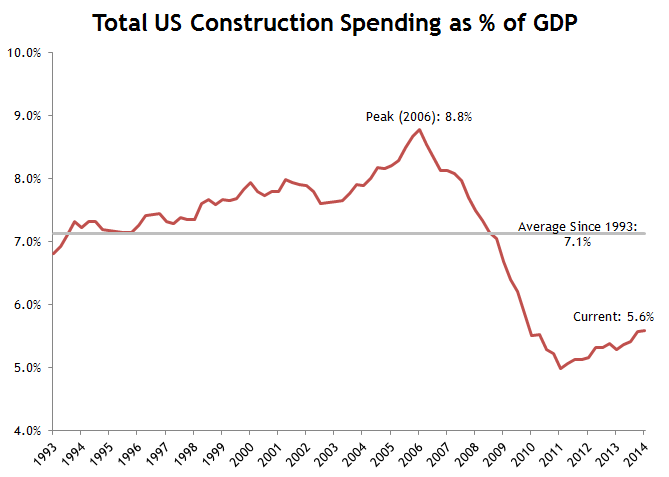