The yield curve is not inverted today, which is one reason that some have said that a near term recession is unlikely.  However, the current economic expansion has lasted longer than every expansion except for five others, so it shouldn’t be crazy to think that a recession could happen sooner rather than later.

The common denominator between all of these non-inverted-yield-curve recessions is that they happened at low interest rates.  That implies that central banks have the power to prevent the yield curve from inverting, but low rates do not appear to be in and of themselves enough to prevent recession. 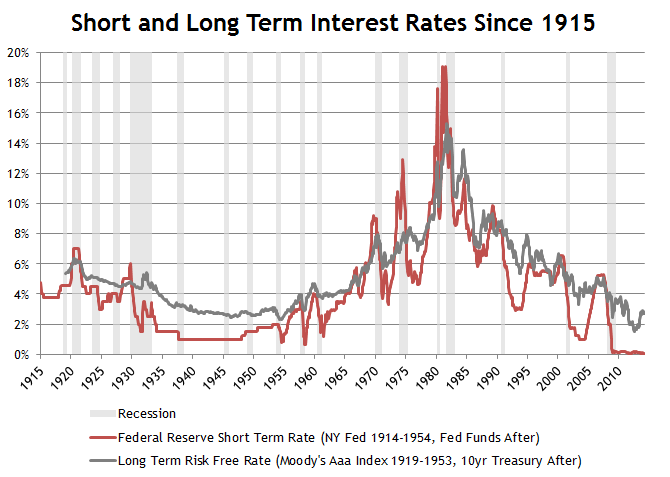 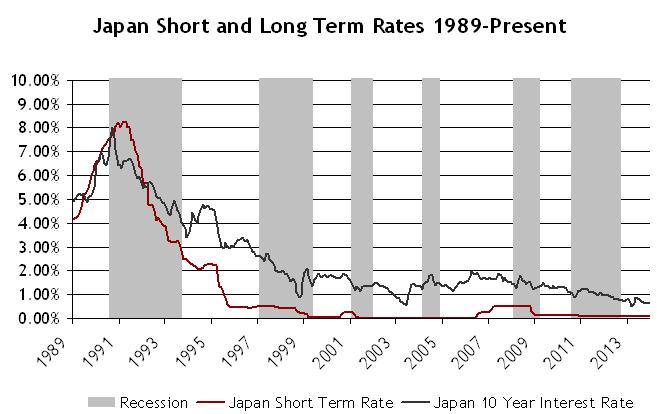 A note on the data series: I’ve combined two data sets for each US interest rate series.  The long term series is the Moody’s Aaa index from 1919-1953, because the Fed doesn’t have a data set for treasury yields which goes back that far.  The spread between Moody’s Aaa and the 10 year yield is small up through the 80s though, so I think it’s a good proxy for long term risk free rates.  The short term data set combines the effective fed funds rate (1954-present) with the NY Fed’s rediscount rate (1914-1954).  The FOMC was established in 1935.  Prior to that short term rates were set regionally by individual Fed branches.  Up until that time the New York Fed was viewed as the most powerful regional bank and set the tone for the rest of the regions, so its interest rate was effectively the short term interest rate.