I’ll be in Portugal this week checking out the Portuguese economy first hand.  During the trip I’ll be posting some macro notes on the country and the European financial crisis.

Looking at the Portuguese economy, the most frightening economic statistic is arguably the unemployment rate, which is now at 16.5% after reaching as high as 17.5% earlier this year.  In 2010, the rate was only 12.3%, so it has climbed especially since Portugal received its bailout.  The country’s austerity measures are surely a factor in the climb, but surprisingly most of the job losses have occurred outside of the government sector.

Below is a chart of  the country’s cumulative job losses by industry since 2008.  The economy as a whole has lost 236k jobs in a workforce of 5.3 million (total population is 10.5 million in Portugal).  An overwhelming number of these losses have come from the construction sector, which has actually lost more jobs (286k) than the net loss to the whole economy.  This has been driven by a nearly 50% decline in residential construction since 2008 (see below).  Amazingly the government sector has seen a net gain in employment since 2008, up 50k jobs.  Since austerity began, the net loss to the government sector has been only 33k jobs. 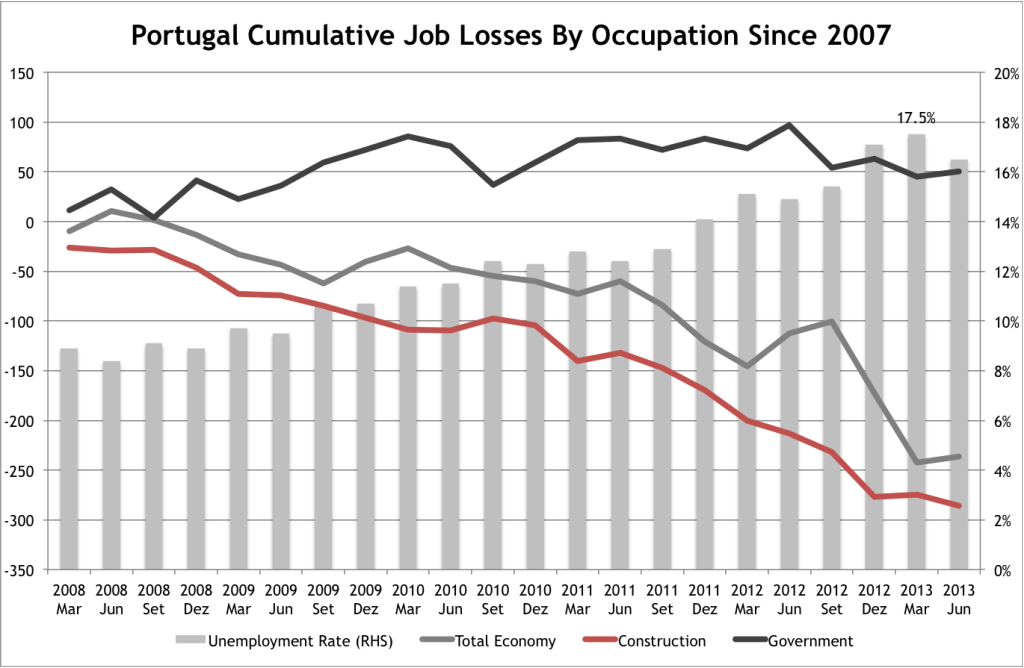 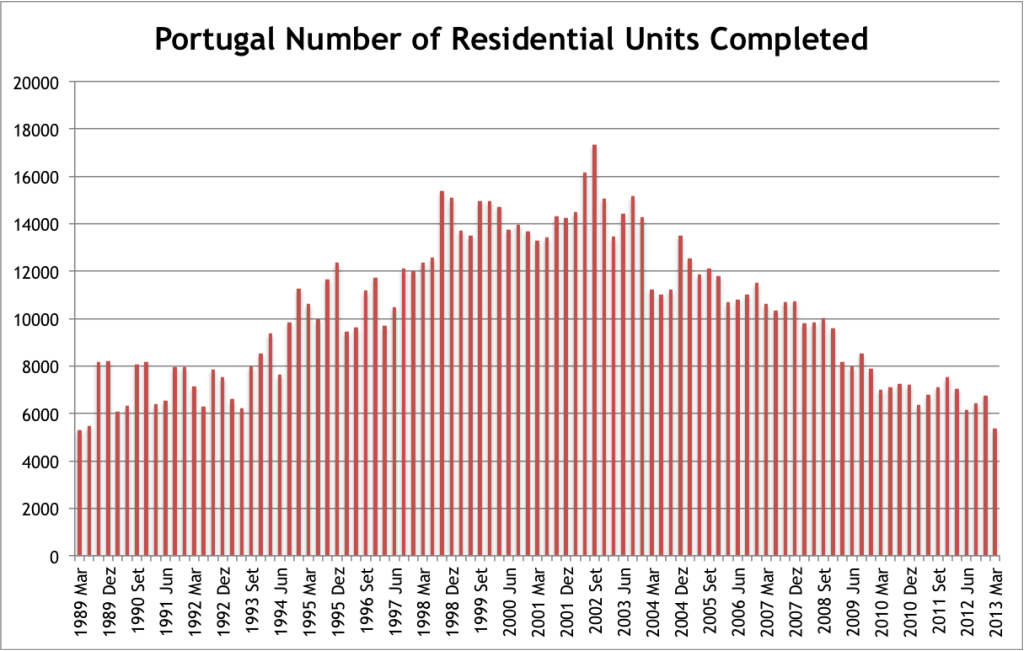