Considering the magnitude of the move, the Yen’s recent depreciation vs. the dollar has garnered surprisingly little attention.  Since September the Yen has gone from USD/JPY 77 to 93.  That’s a 20% decline from peak to trough, which is a relatively extreme move for a currency.  Below is a rolling three month change chart for the Yen going back to 1971.  This is the 2nd largest three month move for the Yen in that time frame. 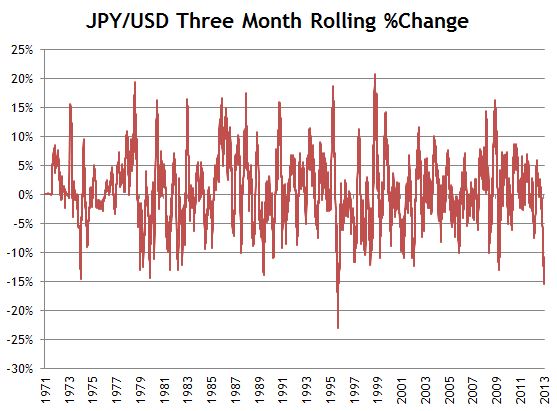 By comparison, the largest 3 month decline for EUR/USD was 20% in 2008 under the stress of the financial crisis.  During the heart of the European financial crisis in 2010/2011, as the world worried that the Eurozone would collapse, the most that the currency depreciated versus the dollar was 13% in a three month period. 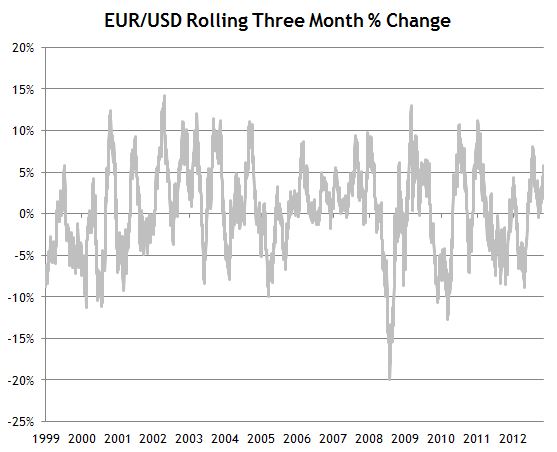