In recent weeks, there has been talk that part of Apple’s 23% decline may be due to the fact that capital gains taxes are likely to go up in 2013.  The logic goes that since many Apple shareholders are sitting on large capital gains, they are selling to lock in a lower tax rate.  If that logic were true one would expect to see similar selling in other top performing stocks, but on average other top long term holds have not seen the same decline that Apple has.

In October I posted a list of the top performing stocks since October 2007–stocks which should have large embedded capital gains liabilities.  The chart below compares their performance since the election.  It turns out that on average these stocks have continued to do better than the S&P 500 since November 6.  This basket has outperformed the S&P by 2.8% since then. 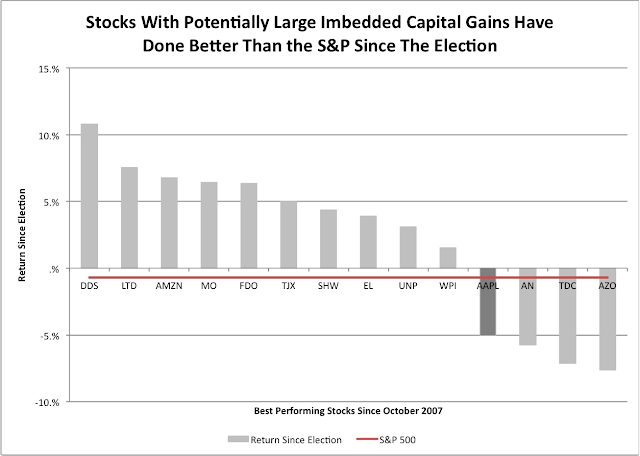