XLV may be making new all time highs, but its cousin, XLF is far from the point where it could make new highs of its own.  Thanks to the heavy dilution that the financial sector incurred during the financial crisis, the companies that make up the XLF were among the few large companies that sustained permanent losses of capital since 2008.  XLF made an all time high of $38.15 in 2007, but today sells for just $14.76.

Given the extreme destruction of capital it will be a long time before the financial sector makes back its losses per share, but eventually it should get there.  XLF had a book value of $15.07 as of the end of 2011.  If the ETF trades in line with book value and grows book value per share by 8% per year, XLF will reach a new peak around 12 years from today, 2024. 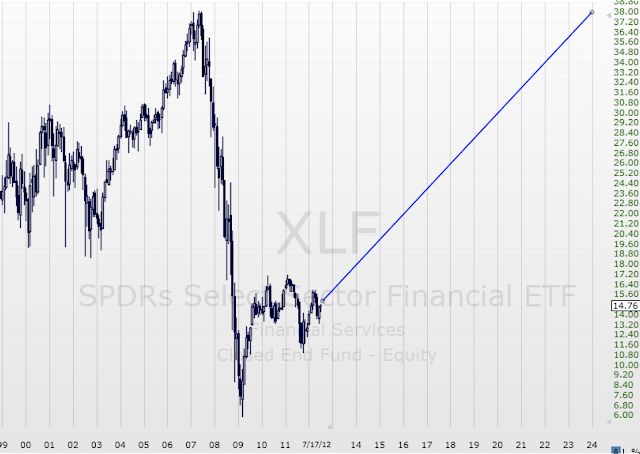