WTI crude oil is pushing $110 per barrel today and the S&P 500 lost about $250 B of market cap yesterday presumably because of fears about possible US military action in Syria.  While military action would certainly be important from a political standpoint, on the face of things, it’s tough to see how there could be much in the way of economic ramifications from a conflict.

Syria is a tiny economy with a GDP of about $60 B US dollars.  It also doesn’t contribute much of any oil to global supply at just 0.2% of global production.  The country also hardly figures into US trade interests.  Americans do a combined $40 million worth of trade with the country, which is 0.001% of annual US trade volume.

Clearly true geopolitical risk would be dependent on countries with a little more gravitas allying themselves with Syria.  That doesn’t seem like a very likely scenario, but then again (in very, very different political environments) major wars have started before with seemingly inconsequential events. 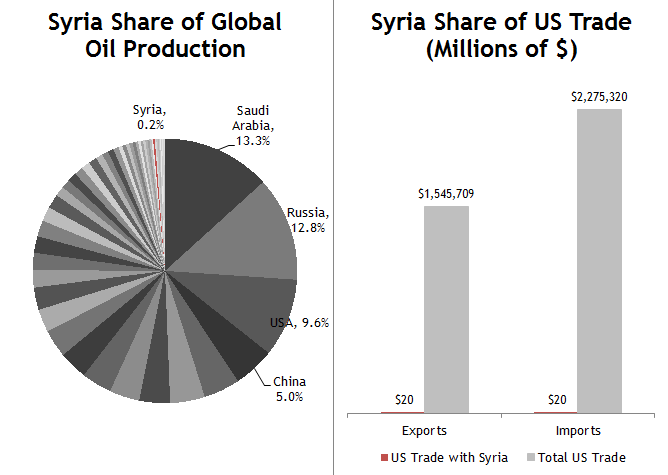