The S&P 500 is up nearly 16% year to date, even though earnings are expected to grow 4-5% for the year.  If earnings grow by that much, the growth rate would be roughly in line with nominal GDP growth, which was up 3.9% y/y in the most recent quarter (real annualized GDP growth was only 1.3%).

Below is a long term chart of S&P 500 earnings compared to GDP.  Even though earnings are slightly more volatile than GDP, over the long term the growth of each has been about the same.  Recently S&P 500 earnings have grown faster than nominal GDP as the economy has had a V shaped recovery.  One might expect this circumstance to reverse, or at least temper itself going forward. 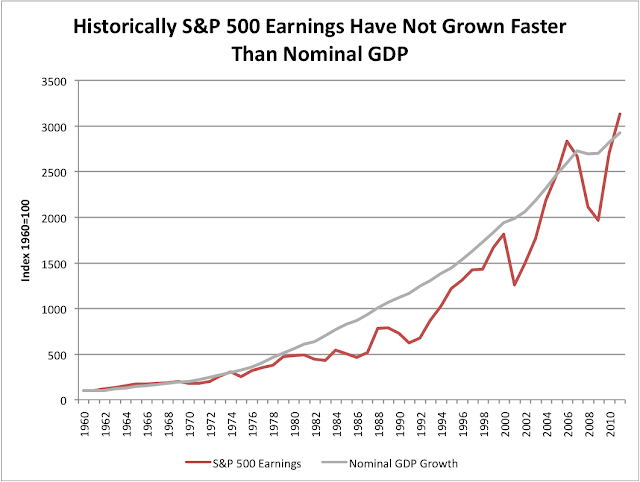