Last week Sprouts Market ($SFM), a smaller competitor of Whole Foods ($WFM), made a comment that stood out to me on its conference call.  The company said that middle income consumers are adopting healthier eating habits faster than any other segment:

The “tipping point” theory could be an explanation for why we are finally starting to see negative comps at a company like McDonalds.  Even though the healthy eating movement has grown rapidly for years, it may have been too niche up to this point to have a material impact on a behemoth like $MCD’s numbers.  MCD grew US guest count all throughout the recession.  In 2013 and so far this year though, guest count has been declining.  If this is indeed an inflection point, it could be the start of more to come. 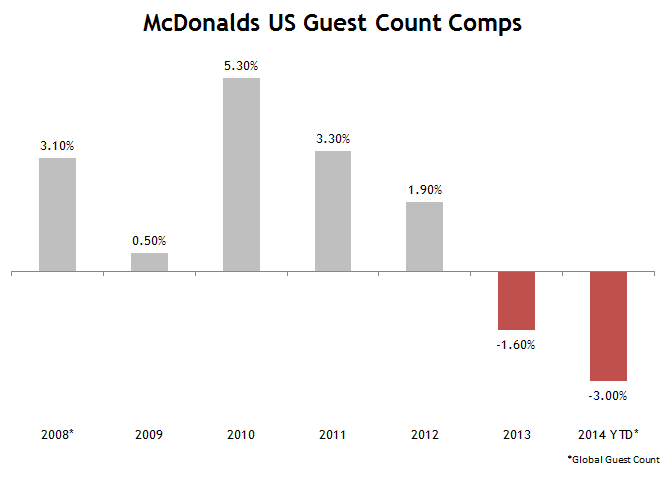