With QE in full force and gold ($GLD) falling, most gold bugs are probably scratching their heads as to why the metal is down 6.5% year to date.  After all, the gold thesis is that printing money devalues the currency, which causes the nominal price of gold to rise.  The fact that the monetary base is rising without gold following is a bit of a dent in the Gold bulls’ thesis.

Worry not though, beleaguered Gold bugs.  There is some reason to believe that the correlation hasn’t broken down entirely.  It might just be lagging.  The analysis below is hardly scientific, but it does appear that to some extent,peaks and troughs in the monetary base are followed by peaks and troughs in the Gold price after a lag of about 2-3 months.  If the relationship continues to hold, it would imply that this recent down move in the Gold price is the last one before the metal recovers along with the rising monetary base. 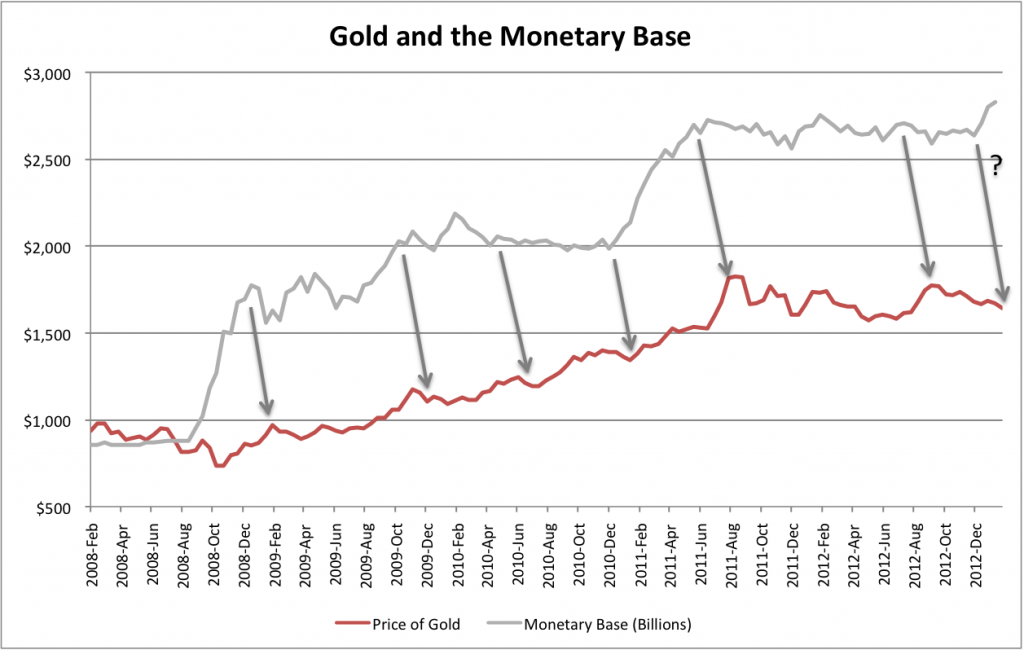