Even though the S&P 500 was down by a little under 2% last month, and tech (as measured by XLK) was down 6.3%, financials (XLF) were up 1.8%.  For beleaguered financial investors, it’s been a long time since XLF didn’t lead the market to the downside.  The performance of XLF is hopefully an extremely positive sign for the markets and economy going forward.  Even a $1B lawsuit against Bank of America couldn’t bring the sector down in October.

Recently volatility in the sector has all but dried up.  Below is a chart of the percent difference between the weekly high and low value of XLF going back to 2003.  During the crisis this figure was as high as 45%, but last week it was only 1.9%. 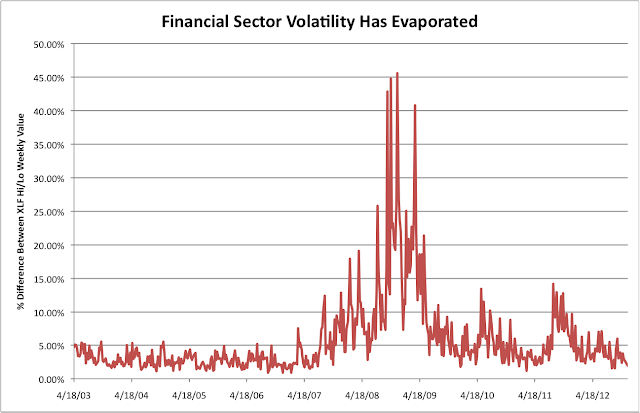