Alexis de Tocqueville is often misquoted as saying that “the American Republic will endure until the day Congress discovers that it can bribe the public with the public’s money.”  Whether you agree with that sentiment or think that it’s best that the government does provide social benefits to its people, below is the current price tag for Federal government services per capita.  CPI adjusted we spend more today per person than we have at any time in the post-war period. 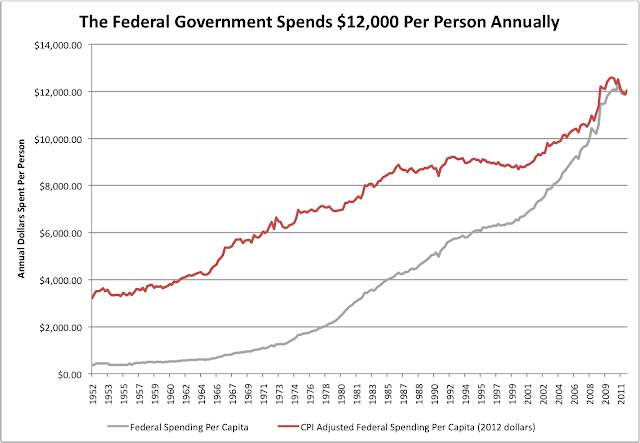