The S&P 500 is down slightly with a couple hours left in the trading session.  However, one stock that is bucking the trend is Facebook, which is up almost 6% on news that Mark Zuckerberg wont be selling any of his shares for at least a year.

While the divergence is mostly just a quirk of the news-flow, it seems that this isn’t the first time in Facebook’s short history as a publicly traded stock that the daily change of FB is in the opposite direction of the general market.  In fact, because FB has mostly gone straight down since its debut, the stock has shown almost no correlation with the S&P 500.  Since it began trading, the correlation coefficient is 0.02 and since the start of the 3rd quarter, it is -0.15.  In the context of modern portfolio theory, FB is a great hedge! 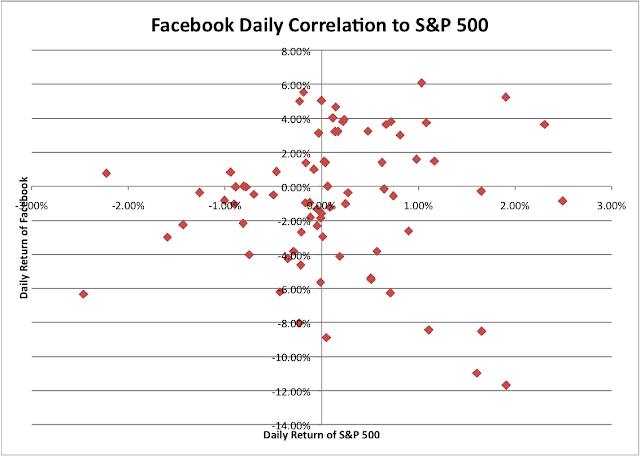