With just three days left in the London games, the US olympic team has finally taken the lead in the medal count from China, and hopefully wont relinquish it between now and Sunday.

However, with some calling for fiscal union in Europe, would an athletic union be so far fetched?  If the Europeans banded their athletes together like they have banded their currency, they would be much better off on the medal tally.  In fact, the combined Eurozone has a commanding lead at the London olympics, having won 138 medals compared to 90 by the US and a measly 81 by the Chinese. 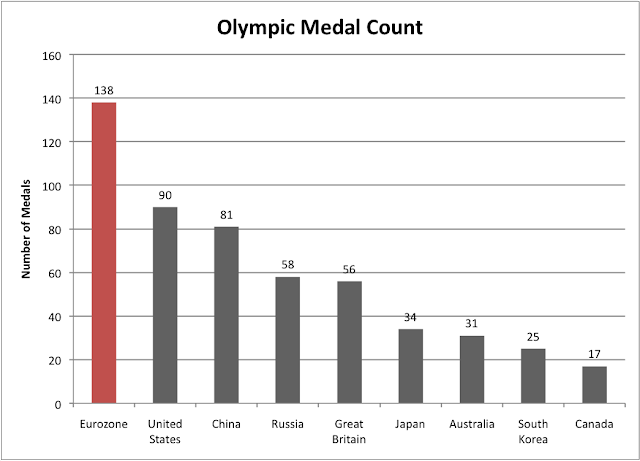 Just like they do economically, Germany and France lead the way athletically.  Italy, the Netherlands and Spain all are big contributors, while Greece and Portugal are just riding their larger peers’ coat-tails. 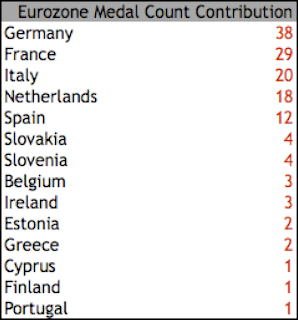