Now that we’re past labor day, the summer of 2012 is (unofficially) over.  Kids are headed back to school and everyone else back to work.  For the market, the transition to fall has historically made for a bumpy September.  Below is a chart of Dow Jones returns since 1900 showing the maximum and minimum monthly returns for each month as well as the average return.

Not only is September one of three months that shows negative returns on average, it also has the distinction of being the month with the greatest negative skew, meaning that the worst month in the history of the Dow was in September.  Of course, there is nothing mystical about these numbers, and just because September has historically been a tough month doesn’t mean it has to be in 2012.  Nonetheless, with the S&P near YTD highs, perhaps it’s wise to proceed with caution. 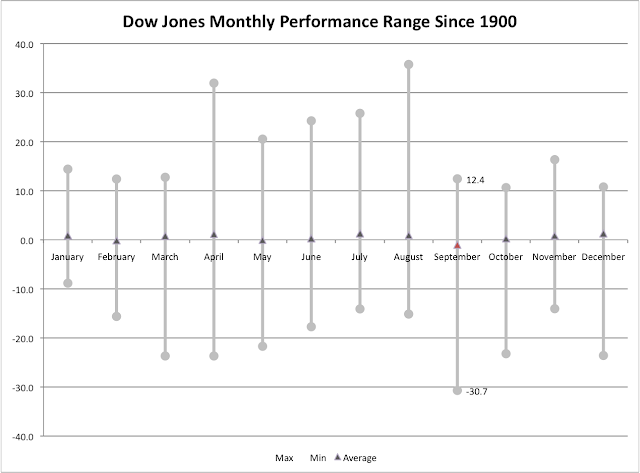