With about an hour left until the close, the Dow is down 290 points today and a little over 7% since the start of the year.  Today’s decline pushes the Dow back to a level first reached in May of 2013, meaning that the index has been effectively flat over the last seven months.

The S&P 500 has outperformed the Dow over that period, so the broader index is still up a fair amount.  But it’s interesting to note that even despite the seemingly relentless rally in the second half of 2014, one widely followed index has now erased those gains.

Most professionals follow the S&P, but most casual observers of markets tend to track the Dow.  Because of this, retail investors may be seeing a different picture than professionals.  That’s important because for valuations to push even higher than they are today, retail buy-in is likely necessary, and a flat market isn’t nearly as exciting as a rising one. 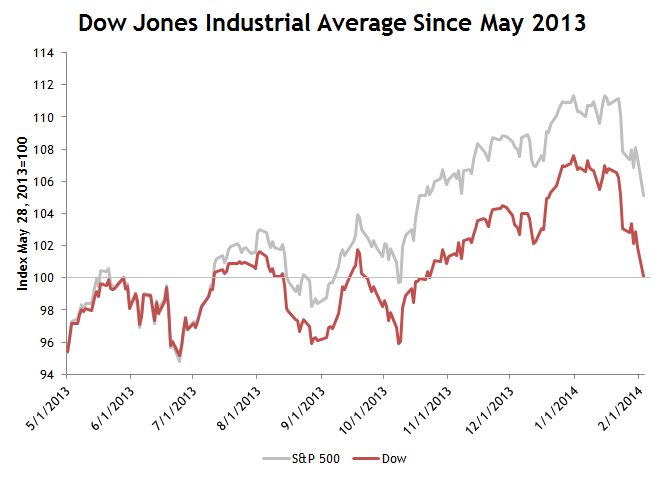