The heart of earnings season is fast approaching, but as someone who likes to value companies on a long term basis, it’s typically difficult to put a quarterly beat or miss into context.  Still, since there are plenty of people out there who live and die by earnings surprises, here’s a look at how much earnings surprises played into the returns of last year’s best performing stocks. 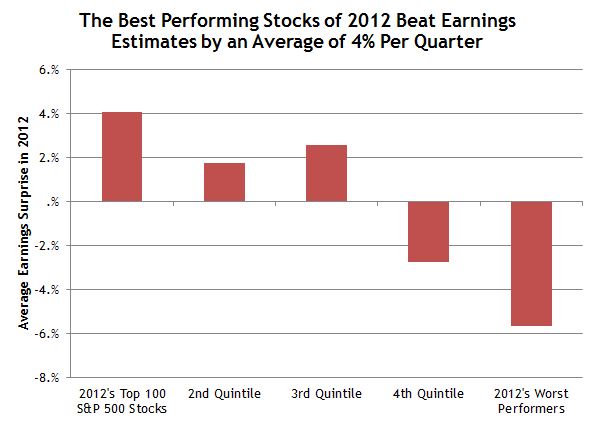