Skip to Main Content
Below is a frequency analysis of the number of times that nations were mentioned in last night’s foreign policy debate.  Almost the entire discussion focused on the Middle East, with some references to China.  In all, the 10 largest countries in the world plus our 4 largest trading partners not in that category were mentioned 42 times.  Without China they would’ve been mentioned 10.  Meanwhile six Middle Eastern countries were mentioned 141 times.
While one might argue that there isn’t any reason to talk about regions that aren’t top of mind, “Europe” was mentioned once during the debate and last I checked there are some pretty big things going on in that part of the world today that the next POTUS may want to opine on. 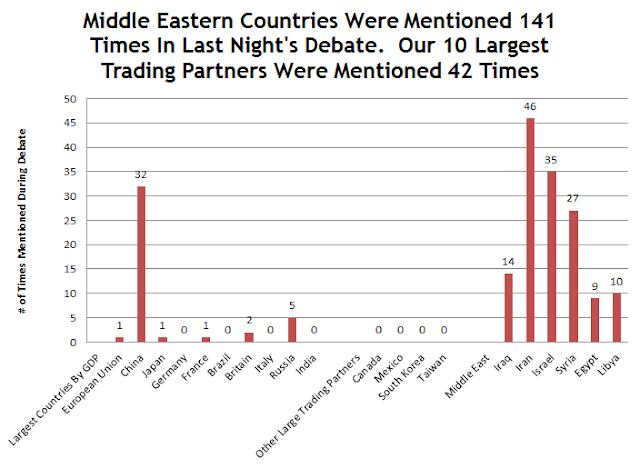