Bank of America was up 108% last year to lead all members of the Dow.  Amazingly, one can argue that even after the 100% return, BAC is still cheap though.  The stock trades at a little over 0.5x book value, which is a steep discount to its peers.  Although fundamentals say that a double is not an absurd idea, would a back to back doubling have precedent?

At least in the last 13 years, the follow up performance of the previous year’s best Dow stock (the “Champ” of the Dow) has not been good.  Since 1999 the defending Champ has been negative 10 out of 13 times in the following year.  Six of those times the Champ has been down by double digits and the average performance is -9.58%.  Below is the performance of the past Champs in the year that they won the title and the year they tried to defend it.  BAC shareholders beware. 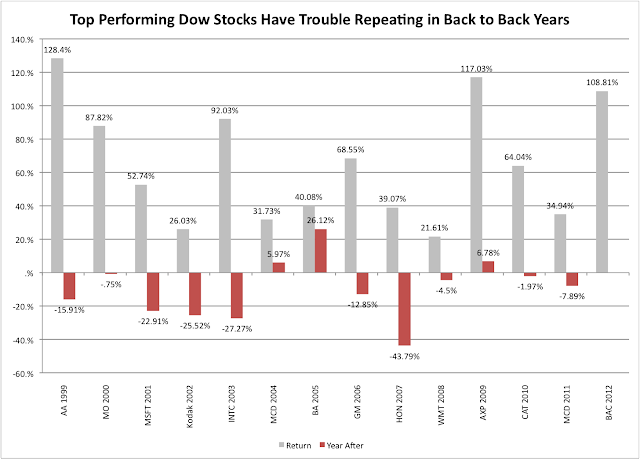