JP Morgan and Wells Fargo each reported first quarter results today, which are truly remarkable when one takes a step back and looks at how profitable these institutions have become.  After the financial crisis there was concern that the banking system would have a difficult time reaching former levels of profitability.  While Returns on Capital may still be below former levels, from a pure profit standpoint, our largest banks have become behemoths.  $JPM and $WFC are both in the top 10 for quarterly net income among US companies.

JPM’s $6.5 Billion dollar quarterly profit ranks behind only Apple, Exxon and Chevron, and perhaps the most amazing part is that they are generating these profits in a difficult interest rate environment.  In a more favorable banking environment JPM’s profit would likely be higher.  For the record, since $BAC and $C each have larger balance sheets than WFC it’s not inconceivable that those two companies could also be on this list once the noise from the financial crisis finally works its way through their financial statements. 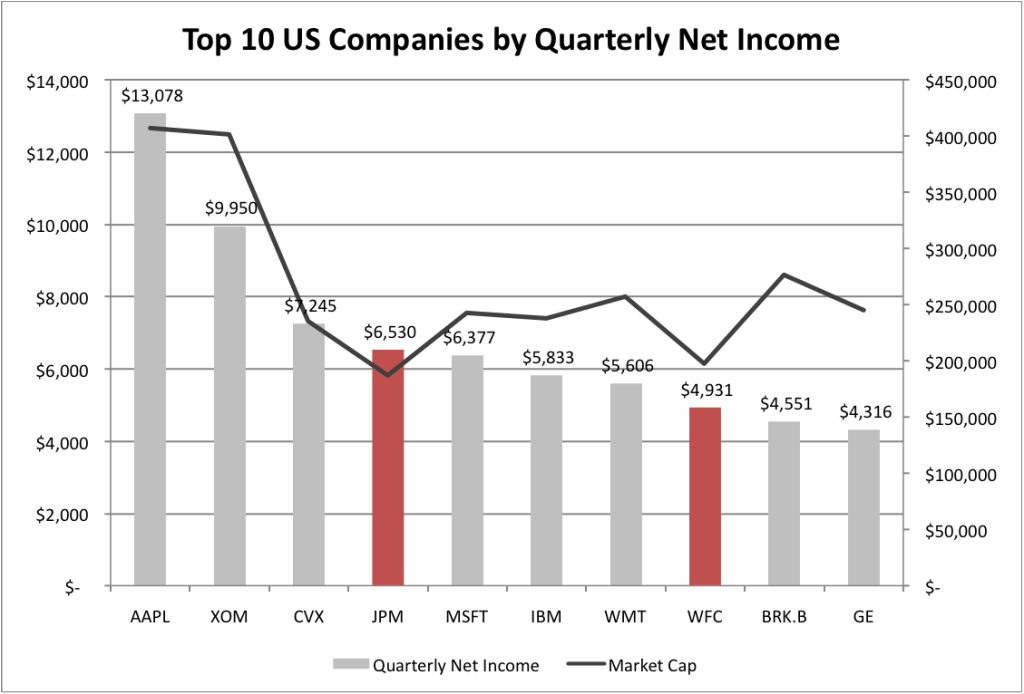