$TSLA is the short squeeze du jour, but its recent run brings to mind four other short squeezes of this bull market:  $NFLX, $GMCR, $CMG and $MNST.  Just like Tesla, all four of those stocks saw huge increases powered by intense interest from both retail investors and scrambling short sellers despite extreme valuations.  Each stock eventually hit a wall too and saw a decline of 40% plus (and each has seen a subsequent recovery). 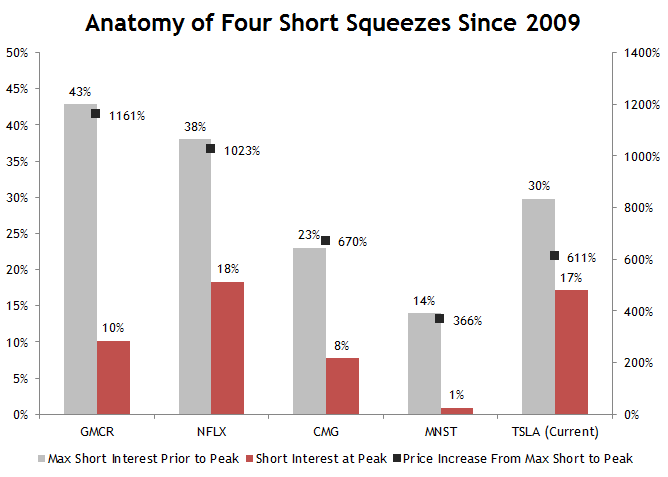 4 thoughts on “Anatomy of a Short Squeeze”