This is a slide pulled from MF Global’s most recent quarterly earnings call presentation highlighting the amount of leverage at the company.  What caught my eye was the way in which this slide demonstrates how Basel III encourages significant leverage as long as assets are “risk free” government debt.  Look at the discrepancy between the leverage at MF including sovereigns and excluding them.  30x vs. 6x–and the sovereign positions were what ultimately killed the company.  If this were a European Bank, MF would have reported a 16% Tier 1 ratio.

According to the UN, the world’s population hit 7 billion today.  It is a number that is at the same time remarkable and scary.  It is remarkable because of what it says about humanity’s seemingly endless ability to support a greater population through technological advancement, but scary because of the Malthusian implications of a slowdown in that advance.

At its most simple level, the economy boils down to three inputs: Land, Labor and Capital.  Below are some of the UN’s projections for Labor supply over the next 40 years.  To those who value absolute growth above all else (rather than growth per capita), the picture doesn’t look especially pretty.  The growth in the labor pool is likely to slow as families have fewer children, which means that the whole world will look more and more like Japan.

As discussed in a previous post, this doesn’t mean that there can’t be per capita growth though (driven by expanding productivity).  Policy makers just need to recognize what’s happening in the economy and allow the price mechanism to function properly. 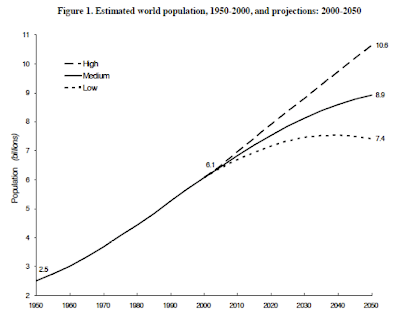 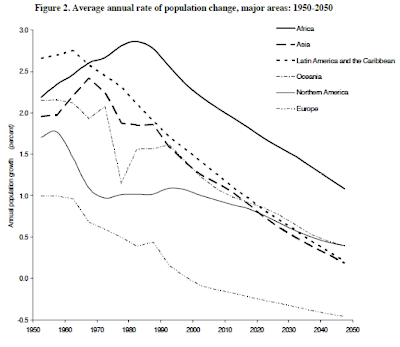 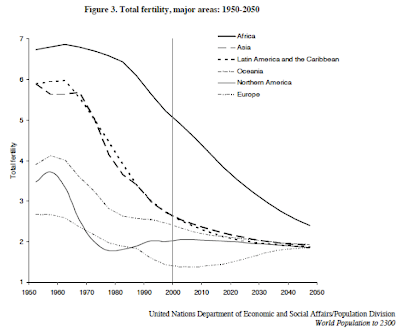 There seems to be a consensus forming that one of the few areas of the economy that is showing strength is the auto industry.  This is likely because sales rose 10% year over year in September.  Looking at year over year changes doesn’t really paint a full picture though because the actual number of cars sold continues to be relatively depressed even if the number is rising.  There shouldn’t be too much celebration over rising auto sales if the level that sales are rising to is the 1990s trough level. 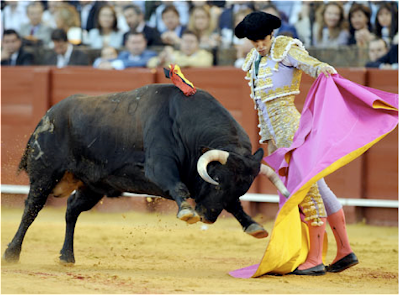 These should be a little tighter after today, but below are BBB and High-yield spreads as of yesterday night’s close.  As you would expect, spreads have tightened as equities have rallied.  Relative to this year’s tightest levels though, credit markets could still improve more. 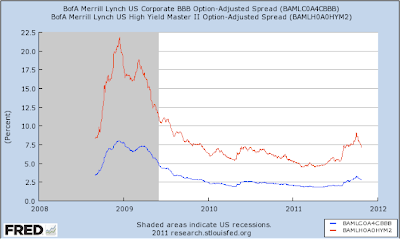 For most of the second half of 2009 and 2010, regional and money center banks traded at pretty similar valuations.  The chart below illustrates this as the value of the KBE (money center bank ETF) vs the KRE (regional bank ETF).

Over the past few months though, driven by Europe fears, money center banks have badly underperformed regional ones. 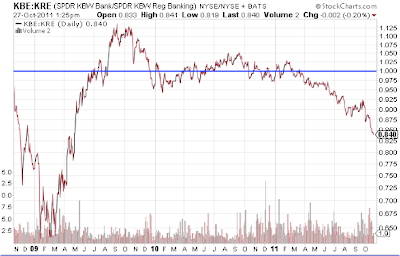 Now the price to book multiple for KBE is .71 vs. .90 for the regional banks.

If Europe’s problems were really solved yesterday, then maybe it’s time for these metrics to begin to converge again.

Today’s 36 point S&P 500 rally is pretty spectacular, but it’s not the first such move that’s been triggered by talk of a European solution.  Remember May 2011?  Shortly after the flash crash the Germans and French announced the first iteration of the EFSF and the S&P 500 rallied almost 40 points. 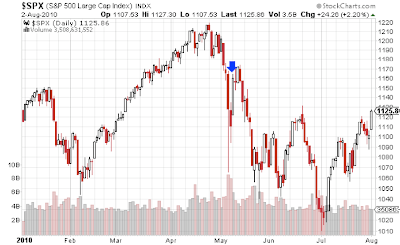 The first EFSF obviously didn’t solve the problem, but that’s not to say that this one wont.

On October 4th we officially inaugurated a bear market by falling 20% from the May 1 peak on the S&P 500.  In the next 23 days we have rallied 18.5% meaning that we are only 1.5% away from rising 20% from the low.  This would traditionally signal a new bull.

AAPL and XOM continue to fight for the title of largest US company by market value, but what about in terms of book value?  For the sake of alternative measures of value, below is the largest 20 US companies as judged by book value.  The list looks a lot different than the one sorted by market cap, especially because of the extremely depressed book multiples that banks trade at.

Amazon is the latest super multiple stock to miss earnings and has gotten hurt in the aftermarket just like NFLX did yesterday.  Although AMZN’s revenue growth continued to be strong in the 3rd quarter, the miss was driven by margins, which are being pressured by investment in new capacity.

While it makes sense that margins would be pressured by rapid expansion, it’s interesting that Amazon’s have been pressured so much.  Compared to brick and mortar retailers, Amazon is supposed to be much more efficient, but so far its margins paint an opposite picture.  On both a gross and operating margin basis, AMZN significantly lags its brick and mortar peers.

If Amazon’s model is so great, then why are expenses growing just as fast as revenues?  Shouldn’t there be more operating leverage?